IQ is generally measured through an individually or group administered test of intelligence. Throughout the 20th century, a variety of different IQ tests have been developed, each defining intelligence slightly differently.

Critics of IQ tests claim that the tests are not accurate measures of intelligence. Research and practical experience has shown us know that that any number of factors – from being financially poor to poor tester training to a medical condition – can effect a person’s IQ.

When a person’s IQ score comes back below the normal range, or lower than what’s expected based upon the person’s achievement, it’s important to try to understand why. Is the low IQ a function of the person’s poor cognitive ability? Or, did something happen during the test experience that spoiled the results? 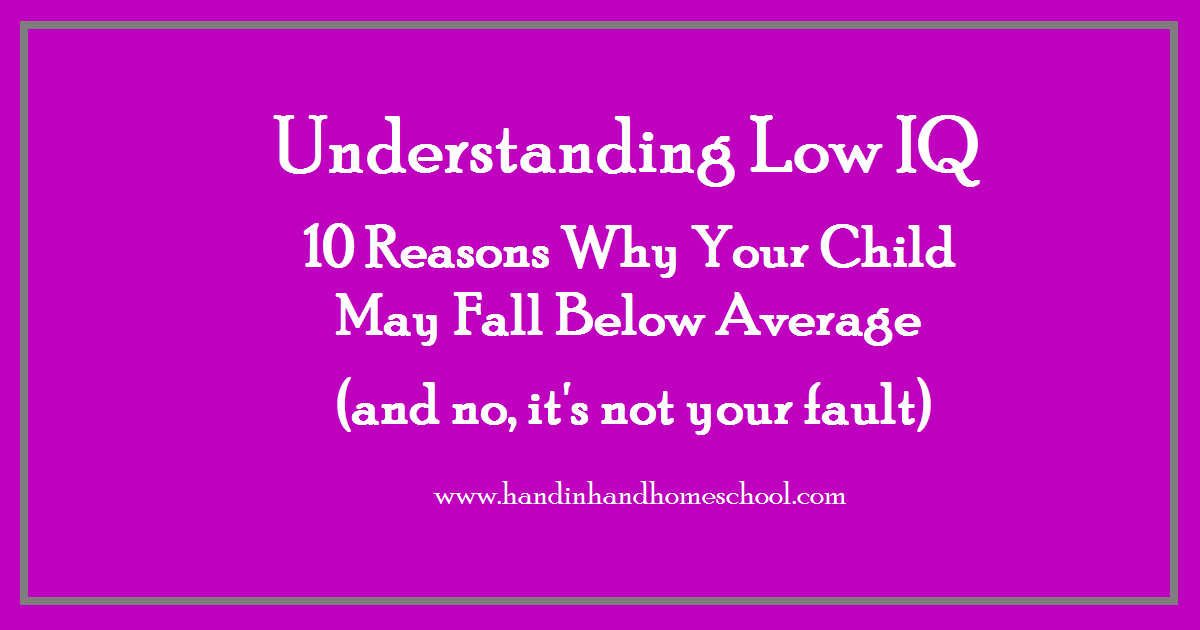 Other Causes That May Lead to a Low IQ Score

Sometimes a person’s IQ score may be lower than expected because of issues unrelated to intelligence. For example, individuals with motor skills problems, like not being able to hold and write with a pencil or grab and move blocks, may score low on an IQ test, even though they are of average or above-average intelligence. Also, people with poor communication skills will not score high on a traditional IQ test due to the large amount of talking involved with the testing.

Bumps and falls are a part of growing up. But, can slipping in the bathtub really cause a drop in intelligence? The answer is not so straightforward. A single concussion generally causes no long-term negative effect. However, recent research coming out of the professional sports field, as well as from the military, is helping us understand that repeated concussions over the course of just a few years can cause cognitive impairments in both children and adults.

Dealing with a Chronic Illness

Being really sick stinks, especially when you’re a kid and you don’t always understand why you can’t just run around and play like everyone else. While many chronic illnesses, such as Crohn’s disease, do not directly effect a person’s intelligence, the stress of medical treatments and hospitalizations can repeatedly interrupt a child’s regular learning environment, making it appear as though a child has lower intelligence than they really do.

Parents and educators share joint responsiblity for making sure every person testing a child is fully aware of the child’s physical limitiations. Children who have been diagnosed with certain visual impairments – including lazy eye – will need to have a Full Visual Evaluation conducted by a certified teacher of the visually impaired before the IQ test is administered. Children with hearing impairments or auditory processing issues will need special accommodations, also.

Communication issues can mask intelligence for a variety of children. Those who speak English as a second language may not understand all the questions or have a comprehensive vocabulary to communicate advanced ideas. Children who suffer from social anxiety or are just extremely shy may limit their verbal responses, thereby lowering certain sub-test scores. Finally, children with articulation problems or those who stutter may be hard to understand, making it difficult to earn all possible points that their answer may otherwise be entitled to.

Children with gross and fine motor skills issues can artificially lower their IQ scores through inaccurate pointing, manipulation of material, or being unable to write quickly or clearly. Even having an arm in a cast, especially if it is the dominant writing hand, may lead to an artificially low IQ score.

Factors completely unrelated to a person’s intelligence can negatively influence a person’s IQ score, including:

A child should never be defined by a single number on an IQ test. However imperfect IQ tests may be, they can still provide useful information about a student’s strengths and weaknesses. When incorporated as part of a comprehensive evaluation of a person’s psycho-social and medical history, educators and parents can better understand how best to meet a student’s learning needs.